Amid European criticism of Beijing’s handling of the coronavirus outbreak, EU foreign ministers met via videolink for their first discussion before two possible EU-China summits this year, one expected at the end of June and another in September.

The EU’s top diplomat Josep Borrell called this week for a “more robust” China strategy and told the U.N. Security Council of his “deep concern” about China’s new security law for Hong Kong, calling on Beijing to reconsider.

Borrell is due to hold a news conference at 1100 GMT.

The EU is trying to find a middle path between U.S.-Chinese rivalry, but the bloc is also divided internally over China, with some countries benefiting from its largesse.

Three senior diplomats said there was increasing frustration with what the EU says is Beijing’s failure to make good on an April 2019 agreement that China reciprocate the broad market access that Chinese companies enjoy in Europe.

Next month, the European Commission, the EU executive, is expected to come forward with guidelines on ways for EU governments to potentially limit China’s access to public tenders in Europe, seen as a way to pressure Beijing.

The EU is frustrated by what Europe says is a lack of progress in negotiations with Beijing, albeit partly hampered by COVID-19 lockdowns that limit diplomacy.

This week, German ambassadors told their counterparts at two separate meetings that host Germany could delay the summit between European Union leaders and China’s President Xi Jinping in September because of the impasse.

However, another EU diplomat said Berlin is working on hosting a summit in the town of Leipzig on Sept. 14. A German government spokesman declined to comment. 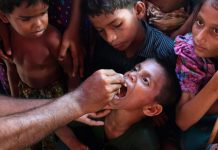 Hopes for talks to end unrest in Ecuador dim as protests...