“I am aware of the intelligence,” Wallace told a parliamentary defence sub-committee hearing when asked specifically about the alleged Russian bounties.

“I can’t comment on intelligence matters other than to say we take lots of measures to defend and make sure our soldiers, men and women of our armed forces, when they are deployed, are kept safe.”

The New York Times and other US media said Washington began sharing its intelligence with London last week.

US President Donald Trump initially denied being briefed about the findings and the White House argued on Monday there was “no consensus” among intelligence agencies about their veracity.

Russia has flatly rejected suggestions it would pay Taliban soldiers to kill US troops.

But Wallace’s comments suggest the findings were conclusive enough for the United States to alert its close ally about the potential dangers posed to its own forces in Afghanistan.

“I don’t think I would say that there is any greater danger (to UK forces) than the danger they face every day from Al-Qaeda or indeed other forces in Afghanistan,” Wallace said. 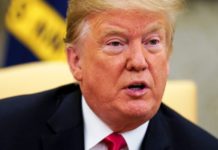